Photo by Jeff Finley on Unsplash

I don’t believe there is anything as relaxing and comforting as Tolkien’s descriptions of domesticity and sleep. The hobbits’ homes, The Prancing Pony, and Tom Bombadil’s home…they all exhibit their own, unique style of living but all are, for the most part, welcoming and hospitable; there is plenty of food and drink to go around, and comfy beds for slumber. There were moments I found myself feeling drowsy and content while reading about the hobbits feeling tired and heavy as they readied themselves to sleep in the comfortable, magical home of Tom Bombadil, and in the heavenly forest of Lothlórien. I hate camping but I would gladly sleep in an elf’s tree (it just sounds like it would be clean).

Each little detail that makes up the Quest, including sleep, is important, so we read about it pretty frequently. I can understand why some become impatient with this novel, with its many descriptions of nature and seemingly boring actions, but I like Tolkien’s indulgence in the “basics” of life such as food, drink, walking and wandering, and sleep. I suppose Tolkien could have rushed over the details, but then the journey would not feel so epic and we would not feel the extent of the difficulties the characters must face.

Merry and Pippin dragged themselves forward and lay down with their backs to the willow-trunk. Behind them the great cracks gaped wide to receive them as the tree swayed and creaked. They looked up at the grey and yellow leaves, moving softly against the light, and singing. They shut their eyes, and then it seemed that they could almost hear words, cool words, saying something about water and sleep. They gave themselves up to the spell and fell fast asleep at the foot of the great grey willow.

In the above example, the hobbits are actually in danger and under a spell; regardless, sleep is described like a powerful spell almost every time, and it takes the characters over quickly and heavily. Given their journey, it is also one of the most valuable rewards.

It makes me feel so at ease reading descriptions of the hobbits being taken over by heavy sleep in the enchanting forests, accompanied with the soothing sounds of rivers or the gentle songs of elves (and whatever Goldberry is; a water spirit, I guess). How soothing would it be to have warm, ethereal, and wise characters like Goldberry or Galadriel practically sing you to sleep?:

“Have peace now,” [Goldberry] said, “until the morning! Heed no nightly noises! For nothing passes door and window here save moonlight and starlight and the wind off the hill-top. Good night!” She passed out of the room with a glimmer and rustle. The sound of her footsteps was like a stream falling gently away downhill over cool stones in the quiet of night.

I would fall asleep with no worries or anxieties.

In conclusion: a great novel to read before bed! 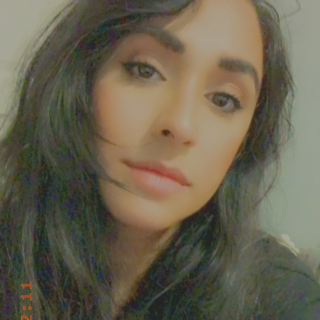